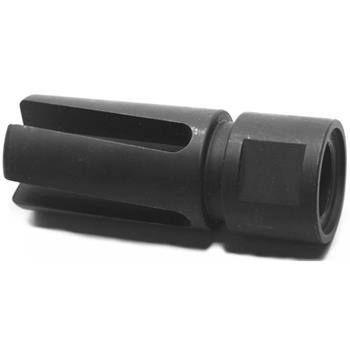 Based on the combat-proven Vortex 5.56mm G6A1 system, the definitive development of the patented.

Right hand helical flutes will not loosen under sustained fire.

The flute configuration is 40% stronger due to greater mass.

The aligning of exiting gases helps to improve overall accuracy.

The G6A2 also serves as a quick-connecting interface for our new M4DC CQB sound and flash suppressor.

SEI suppressors are only available to USG/LE and FMS customers via direct factory sales.

This product hasn't received any reviews yet. Be the first to review this product!